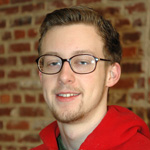 In conversations regarding energy and the environment, people who are concerned about mitigating climate change often support replacing fossil fuels with renewable sources of energy. Advancements in renewable energy generation technology receive lots of attention in the energy and climate discussion, but they are not the only new technologies needed in order to make a real dent in the greenhouse gas emissions that come from producing electricity with fossil fuels such as coal and natural gas. The intermittency of many renewable energy sources means that energy storage technology will also need to be developed along with other technology such as the smart grid, in order to significantly lower emissions from fossil fuels.

It is fitting to think about power like flowing water. If you are pumping water through a system to multiple destinations, you must supply as much water as is consumed at any instant. Electricity works the same way. Electric utility companies must generate enough energy to meet the power needs of consumers at every instant in time. They actually face an obligation to do so. Utility companies also must monitor the demand for electricity at all times and adjust generation from all sources accordingly. This is where renewables create a new challenge for utilities. Solar can only generate optimally when the sun shines, and wind turbines rely on airflow that is sometimes inconsistent. Utilities using these resources must have other more reliable forms of generation (often fossil fuels) operating in order to adjust to the intermittent changes in generation of these energy sources.

This is where energy storage technology can make a real impact. If excess solar and wind energy that is generated during the peaks of generation can be stored and used during the lows, the overall stream of energy becomes more reliable and more capable of replacing fossil fuel generation. Energy storage also allows the utility company to save excess energy when demand is less than production. Energy can be stored in batteries, kinetic flywheels and even in water pumped upward in large reservoirs so that it can be run through a hydroelectric turbine later. This last form of storage, called pump storage, already accounts for 2 percent of energy production in the United States today, according to the U.S. Energy Information Administration.

While pump storage energy is the only large-scale energy storage to be currently employed, improving battery technology is making it feasible for batteries to help store excess energy from renewables. Tesla Motors is working on a new product called the Tesla Powerwall, which is a large-scale home battery similar to the battery in the Teslas cars that can provide electricity to a house like a home generator. But instead of using gas, the battery stores generated energy from rooftop solar or purchases energy from the utility company during lower demand hours when the electricity rates are lower and then uses that electricity during peak hours. The Powerwall boasts 92.5 percent round trip efficiency and costs $3,000 for a 6.4 kWh battery, which Tesla says can hold a little over half of the 10.9 kWh that the average American home uses in a day according to the U.S. Energy Information Administration. As battery technology improves, the price per kWh and efficiency will most likely improve, causing this technology to become viable for more and more families.

Beyond advances in renewable energy technology, there are many areas where innovation will be not only helpful, but necessary in order to reduce fossil fuel demand and lower greenhouse gas emissions. Improvements in energy storage should be viewed as important and exciting by those who are hopeful that we can lower our dependence on fossil fuels for electricity.